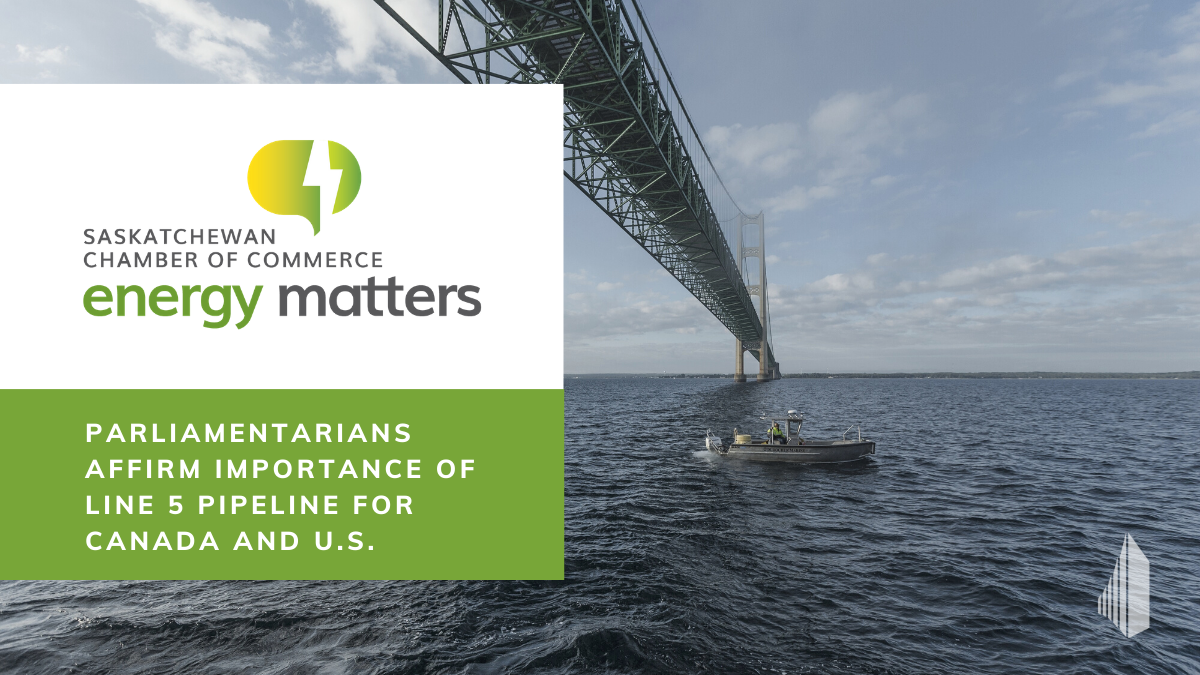 The following is a media release released by Enbridge Inc. in response to the multi-party Canadian House of Commons Special Committee report “Enbridge’s Line 5: An Interim Report”

CALGARY, AB, April 15, 2021 /CNW/ – A multi-party Canadian House of Commons Special Committee report released today affirms the economic importance of the Line 5 pipeline to both Canada and the U.S. and recommends urgent, bi-national executive action to resolve the dispute between the State of Michigan and Enbridge over the Straits of Mackinac crossing.

“Line 5 is a significant aspect of Canada’s economic relationship with the United States and contributes to secure energy supplies in both countries,” the report states. “Its shutdown could have many implications, including reduced safety, shortages of various energy products on both sides of the Canada–U.S. border, transportation bottlenecks for Alberta’s crude oil, and job losses for Canadian and American workers. In this context, the Special Committee believes that the Government of Canada’s efforts designed to ensure that Line 5 remains in operation are vital.”

Since the beginning of 2021, governments, local communities, labor groups, chambers of commerce, business councils, industry associations and thousands of citizens in Canada and the U.S. have been vocal in stressing the importance of keeping Line 5 operating without interruption until Enbridge can complete its Great Lakes Tunnel Project.

The Special Committee’s report on Line 5 follows parliamentary hearings in March that featured testimony from labor and business groups like Canada’s Building Trades Unions, the Laborers’ International Union of North America, and the Canadian Chamber of Commerce. The Energy Ministers from Ontario, Alberta and Saskatchewan also testified to the importance of Line 5. Many organizations provided written input to the committee.

“Enbridge is grateful for the tremendous outpouring of support for the uninterrupted operation of Line 5, including Parliamentarians across all party lines who’ve come together on this important cross-border issue,” said Vern Yu, Executive Vice President and President, Liquids Pipelines. “We concur fully with the findings of the report, most importantly on the need to resolve the current dispute through executive action and state-to-state negotiation. As the report makes abundantly clear, it’s in the best interests of both Canada and the United States to agree on a plan to keep the Line open and get the new proposed tunnel built in a timely manner.

“The stakes could not be higher,” Yu said. “Line 5 is not just a pipeline—it’s an economic lifeline in Canada and the United States.

Click here to learn more about the SCC’s Energy Series